I first learned about bee balm infused honey last year as the last of the bee balm plants were going to seed. As my daughter and I were driving home this week, I was excited to see all the bee balms in bloom. When I pulled over to the side of our road, my daughter thought something was wrong. Nothing wrong, I just didn’t want to miss out on this year’s bee balm! 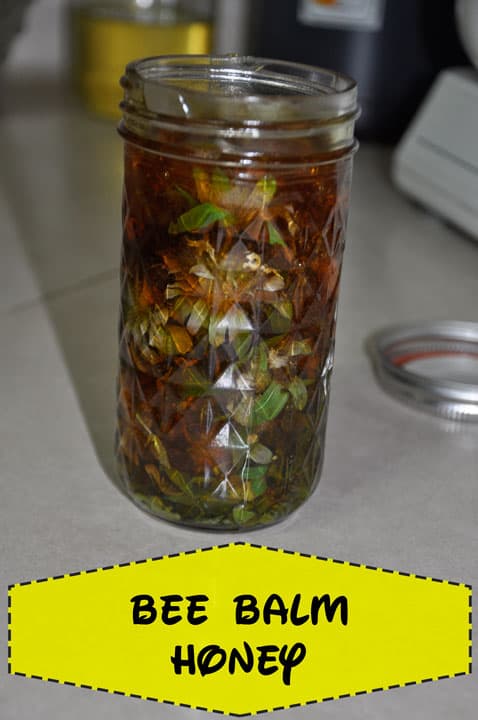 The variety of bee balm that grows here in south Texas is Monarda citriadora. It is a member of the Lamiaceae (mint) family. It is sometimes called wild oregano because of the similar aroma. Bee balm, like most plants in the mint family, has a high concentration of volatile oils. This makes it a wonderful remedy for colds and flus, upper respiratory infections, sinus infections, urinary infections, and coughs. Bee balm is also diaphoretic in that it brings heat to the surface and causes sweating.

The first thing I decided to make with the bee balm is some infused honey. Austin herbalist Nicole Telkes says that this honey is one of the best remedies for sore throats and burns. I am not hoping that one of us has a sore throat or gets burned, but I am anxious to see how well it works!

How to Make Bee Balm Honey

1. Cut several stalks of bee balm and remove the arial parts (flowers and leaves) from the stem. I just snip the flowers heads off with a pair of shears, then strip the leaves off with my hands.

2. Fill a jar with the flowers and leaves. I tried to get as many as possible into the jar without packing them too tightly. Once the honey is poured over them, they tend to shrink. 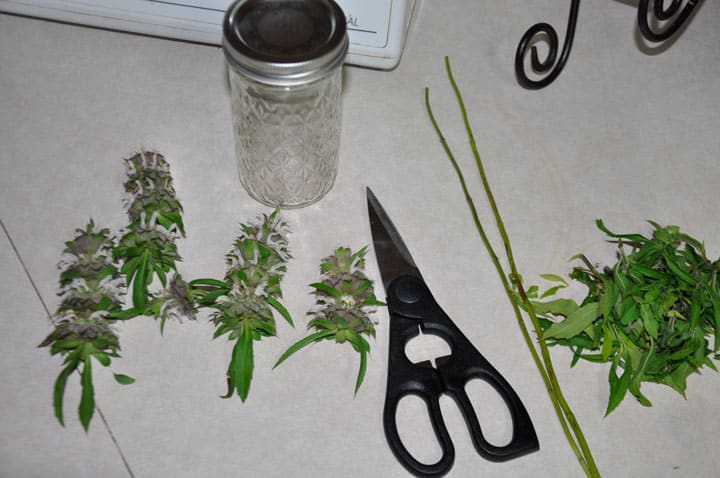 3. Pour honey over the bee balm. I took a butter knife and stirred the plants to make sure the honey made it all the way to the bottom of the jar. Make sure that the plants are completely covered by the honey. 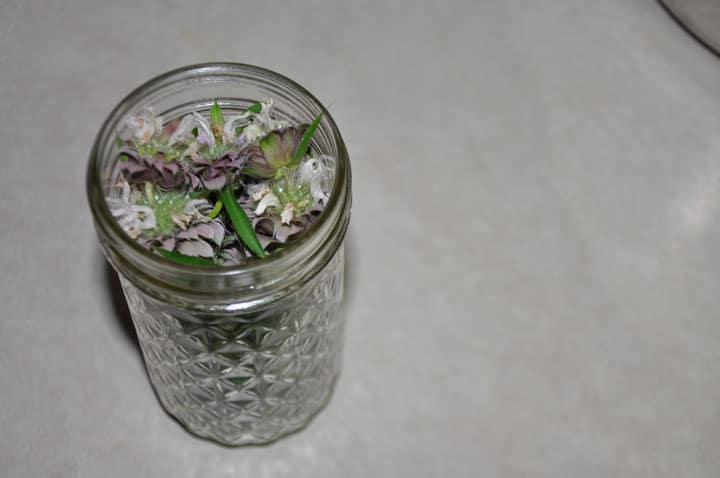 4. The plants tend to float to the top of the honey. Several times a day I invert the jar so that the plants and honey are well mixed. After a couple of weeks, strain the plants from the honey.

The honey can be eaten by itself or used in hot water/teas. I think it would be great with lemon and hot water as a bee balm honey and lemon tea. For burns, just place the honey directly on the wound.