The dried leaf and flower are the commonly used part however herbalist Jim McDonald often uses the root.

The hairs of mullein leaf can irritate the skin resulting in itching or a rash. The seeds are toxic.

Mullein is most commonly used for respiratory ailments with congestion. It can help reduce inflammation and increase respiratory secretions thereby assisting with coughing up secretions. It is used for asthma, bronchitis, whooping cough, inflamed sore throat, and trachea. Often times the leaf was smoked to help relieve asthma or to help quit smoking although I do not normally believe smoking is the best way to take an herb.

Oil infused with mullein flowers and other herbs is often used to treat painful ear infections, soften ear wax build up, and to relieve ear mites in pets. The leaf can be used as a compress for hemorrhoids, insect bites, swollen glands, and acne. It can also be used as a massage oil for joint pain. Because it also has diuretic properties it can be used for urinary tract infections. The tannins in mullein can help relieve diarrhea and other bowel disorders.

An uncommonly known use is to help relieve back pain after an injury. It is thought to be hydrating and lubricating to the spine and joints and is also anti-inflammatory.

I think of it among the most essential remedies to restore spinal strength and integrity.

I have personally used the leaves in tea form after an injury with amazing pain relief after just one dose. 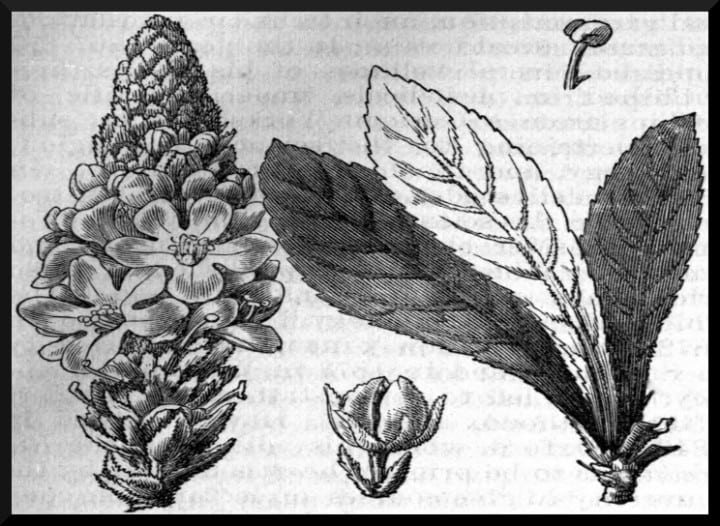 1-2 teaspoons of leaf or flower can be infused or the root decocted per 8 ounces of boiling water for 10 minutes, taken 3 times a day. Leaf and flower preparations must be thoroughly strained to remove the fine hairs.

An herbal oil can be made with fresh wilted mullein flowers or dried flowers and olive oil. Put flowers in a clean jar and cover 1 inch above the herbs with olive oil. Let sit for 3 days to 2 weeks. For a quicker oil heat oven to 350 degrees, put mullein flowers in an oven safe dish cover with olive oil. Turn off the oven and put the dish in the oven for 4 hours. Strain and store in refrigerator. Use for external inflammation or ear pain–2 drops per ear of warm, but not hot oil. You can rewarm it gently by putting the bottle in a pan or glass of hot water for a minute or so. Make sure to shake well when warm and test on forearm prior to putting in ears.

Mullein is a pale green velvety plant that grows low to the ground in basal rosettes in the first year and then in the second year it sends up a gorgeous stalk that is covered in small bright yellow flowers. The stalk can get as tall as 6 feet. It was actually cut off and dipped in tallow and used as a torch resulting in the nickname candlewick plant. The yellow flowers were used to make hair dye by Roman women. The stalk forms fruit containing the toxic seeds and turns to dry brown in the winter time.

Mullein prefers disturbed soil in fields, roadsides, and at the beach. As we traveled around the U.S. my son and I saw Mullein in many different places but have yet to find it where we currently live in the high desert. Though you can find mullein throughout much of the United States and some of Canada, it is not native and was brought over from Europe.

Gather flowers as they open and roots and leaves in the first year. Air dry instead of using heat to ensure that you do not loose any volatile oils or medicinal qualities.