You are here: Home / Uncategorized / Understanding the Hot and Cold Tissue States

Using medicinal herbs in a traditional manner often creates an interesting paradox for beginning students of herbal medicine. At the most basic levels, traditional western herbalism is formed from concepts that are so simple even children understand them. Using only our senses, we can detect the properties of most herbs. We intuitively know that cayenne is “hot” even though it is not warm to the touch. When I tell my children that their food is hot, they are ask, “hot like fire or spicy hot?” They know there is a difference in the type of “heat” we are speaking of.

On the other hand, as we dig deeper into our studies, we realize that traditional methods of treating tissue imbalances often use concepts that are far removed from our modern day thinking. We are so use to taking a specific drug for a specific ailment (have a headache — take an aspirin) that it takes a complete paradigm shift in order for us to comprehend this “new” system of medicine. No longer are we asking ourselves what disease the person has, but rather who is this person that has a disease.

This task often seems rather daunting and difficult. But with continued studies and application the process becomes more intuitive and second natured.

As I mentioned in my previous article Herbal Energetics, Traditional Western Herbalism groups the manifestations of disharmony in the body into six different tissue states. While individuals may tend to constitutionally lean towards one or more of the tissue states overall, these tissue states can all be seen throughout the body and are more of a marker of the nature of specific diseases, illnesses, or imbalances. For instance, a person who is constitutionally cold and dry will still show signs of heat and damp stagnation when they get an upper respiratory infection.

In this article, I would like to expound on two of the tissue states — heat and cold. I believe that it is easier to study the tissue states in pairs as our western minds tend to think of things in opposites. However, just remember that both heat and cold can be manifested in different ways at the same time in the body. Tissues can also move from one state to another rather fluidly. While a condition might have been caused by one tissue state, a different tissue state may be reflected in the current symptom picture. 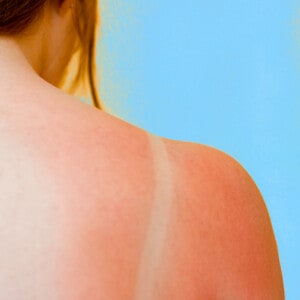 Heat can manifest itself in many ways and is not always what we would think of as heat in our modern understanding. When speaking of heat in the body, we are also including excitation, irritation, hyper-functions, and overstimulation. While heat is often an imbalance of temperature, it can also be an imbalance in tissue metabolism.

Heat can be seen in any of the tissues of the body, but it is most clearly seen in the nervous system, immune system, and circulatory system. When the body encounters an excessive heat state, we often experience heightened sensitivity or even sharp pain and overstimulation both physically and mentally. Our immune system responses becomes excessive. Increased circulation often leads to redness and swelling.

Some examples of conditions of heat include fever, burns, hyperthyroidism, allergies, allergic reactions, most wounds have an initial heat reaction, hyperactivity, ADHD, anxiety, and hyperemesis.

One of the best ways to determine which herbs to use to remedy the heat state is to use our sense of taste. If we are overheated on a hot summer day, water-filled fruits and vegetables such as cucumbers and watermelons often do the trick. Sour and fruity plants and berries contain high amounts of flavonoids which reduce oxidation and lead to less heat and excitation. God is His infinite wisdom knew that people groups living in hotter climates would need an abundance of cooling remedies. All of our citrus fruits which grow in hot areas are very cooling to the body.

Lemon balm is a great example of a “sour plant” that reduces fevers and is used in the treatment of hyperthyroidism. Many of our cooling herbs come from the Rose family, such as rose, peach, hawthorn, wild cherry, and apple. While the Rose family is known to be very astringent and is often used for the relaxed tissue state, it also does an excellent job of cooling the heat state. Other favorite cooling herbs include elderflower, passionflower, and hibiscus. 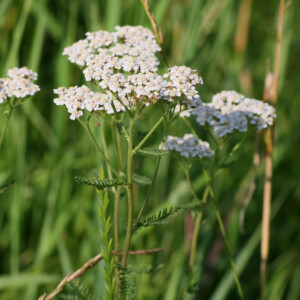 Next we come to the cold or depressed tissue state. Here we see tissues in an under-active state of being. There may be a lack of circulation or lingering low-grade inflammation in the tissue. Sometimes low functioning immune systems lead to cold tissue which is susceptible to exogenous agents such as cold and flu viruses.

Basically, cold or depressed tissue doesn’t have any “ummph” in it. It can’t respond like it needs to in order to fight off illness or perform normal body function. This is when infection begins to set in, sepsis can occur, and more serious ailments develop from seemingly innocuous conditions.

There are times when tissues may seem to be presenting as “heat”, but has an underlying “cold” tissue state. For instance, several years ago my husband developed a staph infection in his leg. His leg became swollen, red, and warm to the touch. This “heat from cold” developed because his immune system was not able to keep the bacteria in check. The body needed to be stimulated in order to fight the infection.

When looking at situations like this one, we have to look at the underlying cause. If we try to simple cool down the swollen, red, hot infected tissue, it still will not have the energy it needs to combat the illness. We have to arm and energize the body to jump back into action.

Stimulating, warming, aromatics herbs are exactly what is needed. Remedies for the cold tissue state include herbs that we consider to be spicy or pungent. Some examples of these are ginger, garlic, cayenne, horseradish, sage, thyme, myrrh, and yarrow. Many of these herbs contain large amounts of volatile oils or sulfur compounds that make them seem “hot”. One of the best remedies for this category is echinacea. While I don’t consider it to be hot, it does possess a diffusive quality that leaves your mouth tingling when you taste it.

I know that learning to use herbs in an energetic way can seem overwhelming at first. I suggest that you study the pair of tissue states I have discussed and just try to focus on the two states. Look for ways that heat is the dominant tissue state and then look for ways that coldness is the dominant tissue state. If heat is presenting, ask yourself, “Is the tissue hot because it is overactive or underactive?” If it is overactive, you know that you are dealing with a true heat state. If the tissue is under-active and not doing its job, inflammation may result. Always seek the root cause.

If you are wanting to dig a little deeper into Traditional Western Herbalism, there are a few resources that I suggest:

The Practice of Traditional Western Herbalism by Matthew Wood